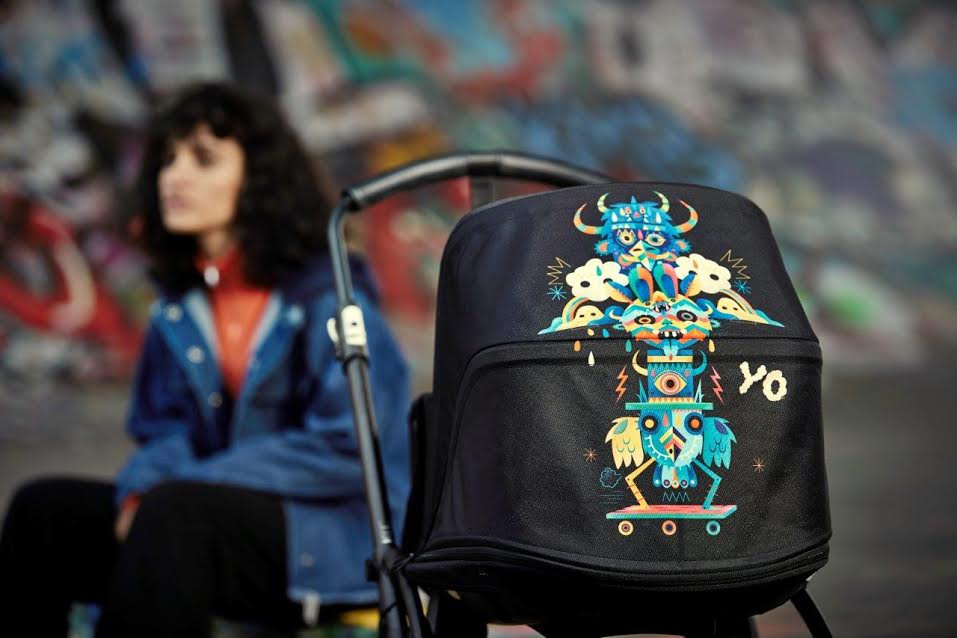 Bugaboo has once again in my eyes, created living art on the move!

I was blown away when I saw the new Bugaboo by Niark1 collection it’s a touch of street art, it bold, fun and super cool!

The collection is all about ‘Monsters on the Move’ and good news it is available for the Bugaboo Cameleon³,

MONSTERS ON THE MOVE

I love that the Tailored Fabric set is bold where the colourful friends come to life on a contrasting black fabric. How cool is the inside with matching print!  Your little one will be fascinated by the exciting colours and shapes.  Best of all when the sun shines; you can keep your child cool with the petrol blue Breezy sun Canopy featuring a gang of summer ready monsters.

This is a great way to add artist colour and fun to your existing Bugaboo or purchasing new!

Sebastien Feraut AKA Niark1 is a French graphic designer, illustrator and artist based in Paris, France. He creates magnificent works of surreal & psychedelic illustration art and draws inspiration from graphic fanzines, punk music posters and pop surrealism. His work is instantly recognisable and bursting with a variety of colours, shapes, and characters. Born in 1975, Niark1’s passion began at an early age, imagining and sketching his unmistakable monsters in his bedroom. Since those early days he has gone on to create a name for himself in the graphic arts scene, worked with global brands such as Converse and collaborated with music industry giants including Pharrell Williams. We wanted to give Niark1 the freedom and a platform to create something for a completely new audience – parents!

I going to be honest and say I didn’t know alot about Sebastien Feraut up until now but now have become a big Fan!  Monster on the Move is becoming one of my favourite collaborating that Bugaboo has done.  It’s coming close to the beautiful Van Gogh, or the super cool Diesel collaboration.

Art for everyone says Bugaboo

FROM MISSIONI + ANDY WARHOL TO BUGABOO

Bugaboo believe that art is for all including Parents hence why they have worked with some extraordinary creative’s and brands from all over the world to offer something new and unexpected for parents.  I just love that about Bugaboo!

And boy they have delivered.  Bugaboo have worked with selected partners from the fashion house Missoni to The Andy Warhol Foundation for the Visual Arts to the Van Gogh Museum, always giving parents new ways to express their style.

Almost 15 years and a whole host of collaborations later, they have partnered with Niark1 to Continue our legacy of creating bold and unexpected designs for parents.

Thank you Bugaboo for not only creating innovative prams but for giving us Art and colour to brighten up every parent’s day!

This error message is only visible to WordPress admins

Make sure this account has posts available on instagram.com.